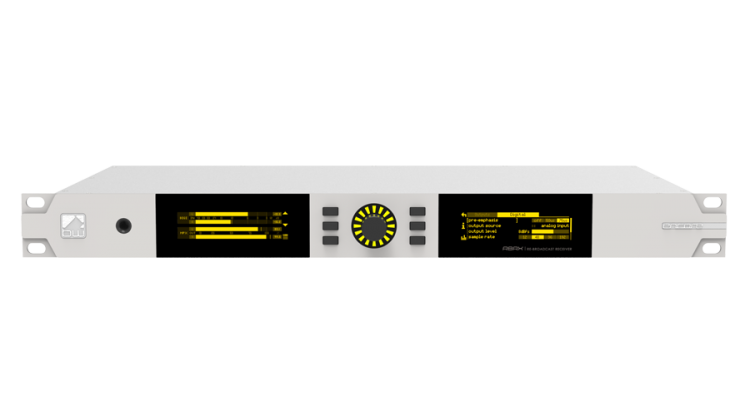 Improving on the RBRX1, voted the ‘world’s best’ FM re-broadcast receiver was not an easy task. Through continued integration of the SONY’s patented noise reduction technology and advances in BW Broadcast’s audio processing the RBRX Encore delivers FM stereo separation that will have listeners raving.
If that wasn’t enough – BW Broadcast has added a second DSP tuner to the unit, offering full diversity reception from its two antenna inputs. We have also added options for HD, AM, DAB and DAB reception – making the RBRX Encore the only full complete analogue and digital professional multi-standard rebroadcast receiver and tuner on the market.
The sound is cleaner than ever before due to further enhancements to the built in DSPX audio limiter and stereo generator. The RDS Encoder capabilities have increased so now there is more monitor and decode facilities for those that wish to use it as an analyser or monitor. The demodulated audio can also be streamed over IP to remote locations which are invaluable for radio engineers who are out of the coverage zone but want to make adjustments or listen to the unit’s reception.
Peace of mind for station owners and engineers has been increased through upgraded audio backup facilities. The audio can now be stored as MP3 and AAC files on both the internal memory and external USB sticks. The RBRX Encore also supports decoding of audio over IP streams for backup purposes.
We know that engineers expect more from their hardware investments these days. The RBRX Encore has been built on BW Broadcast’s new Encore platform which takes it far beyond being just a tuner. It’s an audio switcher, a stereo generator, an RDS encoder, an audio backup device, a remote control, a monitoring solution and so much more. The RBRX Encore supports SNMP, Telnet, Serial, HTTP API and a fully HTML5 web remote that is fully Mobile optimised and compatible. It even supports BW Broadcast’s Virtual rack portal which removes the need for router configuration or port forwards.